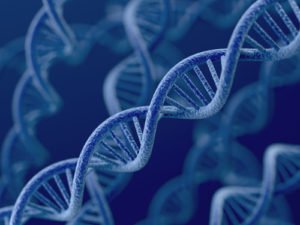 Some plants grow; flower; go to seed; and die. Also, some animals mature; reproduce; and then die. Here are some examples:

An annual plant is one that completes its life cycle in a single season. Many annual plants produce gorgeous flowers, then go to seed and die. All grain crops and most domestic vegetables are annual plants. Some long-lived annuals include agave and some species of bamboo.

A classic example of an animal that dies after it reproduces is the Pacific salmon. It lives for many years in the ocean before swimming to the freshwater stream of its birth, spawning, and then dying. Other animals that die after they reproduce include some species of butterflies, cicadas, mayflies, spiders, squid, and octopus.

Humans are unique. We have developed beyond just the biological need to reproduce. We evolved the abilities to be creative, productive, intelligent, resourceful, athletic, compassionate, and spiritual.

Genetic mutation is a permanent alteration in the DNA sequence that makes up a gene. Genes make up our blueprint of life. Genetic mutations create various qualities for life, some good and some not so good. The better mutations are favored by natural selection.

Natural selection is the process that favors a species because it has become better adapted to its environment because of its positive genetic mutations. Members of a species with inferior genetic mutations would not be able to compete with those members who possessed more positive genes. Natural selection would favor the strong members of the species. It would allow them to survive and reproduce offspring who would inherit those stronger genes. The weaker members of the species would die off (or be deselected) because of their weaker genes.

Our species evolved over 2.5 million years through the process of mutation and natural selection. However, modern humans (homo sapiens) only began to evolve about 160,000 years ago in East Africa, according to Stephen Oppenheimer. About 120,000 years ago some of these humans moved into North Africa and then crossed into the area of present-day Lebanon, Syria, Jordan, and Israel.

These primal humans had to endure unbelievable hardships and disasters, literally wiping out most of them. About 85,000 years ago, there were only 2,000 to 5,000 African humans remaining. Of those, only 150 of them managed to cross the Red Sea to begin the migration eastward along the southern coast of the Arabian Peninsula toward India and Southeast Asia. They followed the coastline and ate from the abundant marine life. From there, Homo sapiens had to deal with climate changes and various disasters. Many descendants of these people grew in number, and then their populations dwindled. This process repeated itself many times. Eventually, humans migrated to all parts of the world.

Many anthropologists believe the descendants of these 150 humans ultimately populated the rest of the world. About 25,000 years ago, ancestors of the Native Americans migrated from Alaska into North America.

Here is a fascinating visual of the migration of humankind.

As these 150 humans began their migration about 85,000 years ago eating foods from the sea, their bodies absorbed these unique foods. The rich nutrients in seafood significantly increased the size of their brains. Humans began to develop the qualities of being “fantastic”. The environment provided the nutrients and stimuli to develop a brain with a capacity that far exceeded the basic biological requirements of living and reproducing. The human brain evolved into the control center for “fantastic” to happen.

Our ancestors didn’t know that seafood was better for them. They didn’t stop to think that eating fish would make their brains grow bigger and smarter. They ate fish and other marine life because this food was easier to catch and gather than it was to hunt down large game.

Dr. Michael A Crawford, in his paper published in 2012, explained how fish and its critical nutrients of DHA and trace minerals were essential for the extraordinary development of the human brain. No other land-based food sources – neither animals nor plants – could have provided these crucial elements for the evolution of our fantastic brains.

To keep the ball rolling, so to speak, a nutrient-dense diet is the healthiest way to feed and nourish all the cells of our body. Salmon, sardines, shellfish, and seaweeds are replete with these nutrients that make us thrive. And, as our cells get nourished well, our mouths become healthier.