Last week a friend of mine, whom I will call Craig, called me. He lives about 300 miles away from where I live. He told me about his dental problem. His story is a recurring concern I have about some dentists performing an inadequate dental exam. A lack of an in-depth exam can result in continued pain for the patient as well as expensive, unnecessary, and possibly harmful treatment.

Craig told me that several weeks ago he had pain in his upper left molar area. He had so much pain that he could not sleep. Ibuprofen was not taking care of his pain. So, he went to his dentist, who took an x-ray.

Craig is a healthcare professional, but not a dentist. So, Craig understands medical terminology and the process of correctly diagnosing a problem.

My friend believed that the dentist knew what he was talking about and left the office after the procedure. Craig thought his problem was solved. However, the pain was not gone. It just got worse.

He returned to his dentist the following week and explained the problem was getting worse. The dentist then suggested that the tooth probably had a crack and would require a root canal and crown to save the tooth. At that point, Craig was concerned about his dentist’s diagnosis. So, he called me for my opinion.

Craig emailed the digital x-ray to me, so I could explain what I saw. It was a standard, two-dimensional dental x-ray. When I looked at the x-ray, I noticed changes in the bone density around the roots of his molar teeth. These changes suggested the teeth were in trauma. The trauma was typical of a clenching or grinding habit. Tooth trauma like this could wiggle the teeth and damage the jawbone. This could cause pain in the tooth area, pain in the muscles of the jaw, and pain in the jaw joint.

After I explained to Craig what I saw in his x-ray, he told me that he clenches his teeth most of the time. My next question to my friend was, “Did your dentist ask if you were aware of clenching or grinding your teeth?” Craig told me his dentist never discussed it nor questioned him about it. He also said the dentist never explained what he saw in the x-ray other than the old filling.

I told Craig a 3D x-ray of the area might help identify if there was a cracked root or other damage around the tooth that could not be seen from a standard dental x-ray. I also suggested that he purchase a soft bite guard from the drug store to cushion his bite while he slept. If the pain was only from clenching or grinding, then the soft bite guard might be able to lessen the severe pressure and possibly relieve the pain.

Craig immediately went to his drugstore and purchased a soft bite guard for about $20. He called me the next day excited, “Last night was the first night in several weeks that I had no pain and could sleep all night long.”

I know that diagnosing problems in dentistry can be difficult. But, a well-trained dentist should be able to look at an x-ray and see what I saw.

When there are obvious changes in the bone suggesting tooth trauma, then one of the first questions the dentist needs to ask the patient is, “Are you aware of any habits of clenching or grinding your teeth?”

Certainly, the first thing a dentist should not do is replace an old filling before a thorough evaluation is done. An inadequate dental exam often results in a misdiagnosis and continued pain as was the case for my friend Craig.

To completely correct Craig’s problem, he may need to have various chewing surfaces of his teeth smoothed and polished to “even out” his bite pressures. Also, Craig may need a customized bite guard. 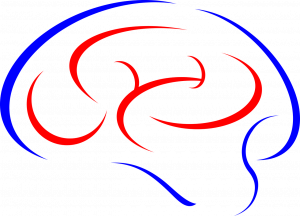 Quality Sleep
– An Update of My Cancer Journey –