Let’s Get a Hold of Ourselves 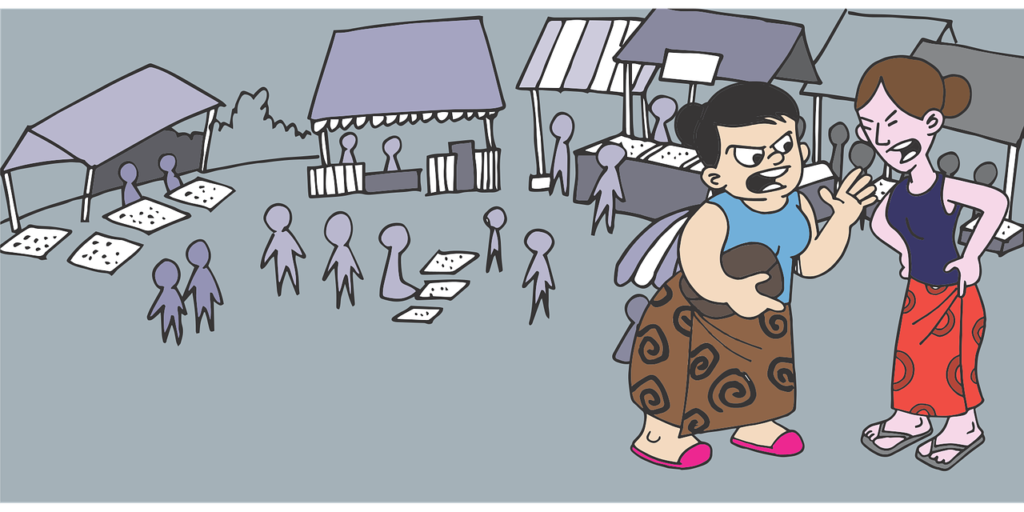 Several weeks ago, I read that a well-known author in the Paleo community and a well-known author in the Vegan community were posting back and forth like mortal enemies. This tirade was more than harsh disagreements. The words developed into mean and hateful comments. The Vegan blogger went as far as to write that the Paleo blogger should die. This is crazy. This is wrong. What’s going on in our world? We need to get a hold of ourselves!

Several years ago, an author, who stated that milk and animal fat were healthy foods, got into an argument on the Internet with another author, who stated that all milk should be removed from the diet and the only meat to eat was lean meat. The “milk and fat lover” wrote on her blog that the “milk hater” and all those followers will live to regret their decisions. The arguments went on and on. The comments deteriorated further with profanity being used during the written discourse.

Where have we arrived in our civilized society when one group of people wishes another group of people harm because of the way they eat? I thought the whole idea of eating healthier was to improve the quality of our life.

The fact is, the far majority of people in Westernized societies eat a Standard American Diet. This way of eating is unhealthy. There are many definitions of a Standard American Diet, but basically it is made up of a large percentage of refined grains, unhealthy fats, starchy foods, added sugars, excessive salt, unhealthy protein sources, and processed food products. It is deficient in fruits, vegetables, nuts, seeds, and healthy fats. In addition, many of the foods in the Standard American Diet have been contaminated with pesticides, herbicides, hormones, antibiotics, preservatives, emulsifiers, and other chemicals.

Eating a Standard American Diet has led to metabolic syndrome, which leads to many degenerative chronic diseases. Those who try to improve their diet by switching off the Standard American Diet and embracing a healthier way of eating should be commended and not lambasted. There are positives and negatives to almost anything. A person who attempts to improve their nutrition and lifestyle should never be made to feel inferior. That person should be encouraged as he or she evolves into a better way of life.

Recently, I posted a comment on a website that was read by a person who did not agree with my stated position on processed grain products. In my post, I wrote about the medical complications from gluten on the gut lining. I cited several peer-reviewed articles that supported my statements. The response from that reader was fast and furious. The reader clamored that my references to PubMed were “cherry picked” and that the authors of the research I quoted were known to be unhealthy themselves. The back and forth comments from other readers on that site continued to demonstrate visceral opinions on both sides with little interest in a discussion of the facts.

I’m thinking, “Where did those comments come from? Why is there so much hatred? Is there no place for an intelligent conversation anymore?”

Get a Hold of Ourselves

Is this the way those who are trying to eat healthy and live a fulfilling lifestyle should conduct themselves? Is this the way intelligent and educated people should present their points to the general public?

It is human nature to have convictions, and it is human nature to defend one’s beliefs. Fortunately, we live in a country where freedom of speech is allowed and uncensored. However, an element of kindness and open-mindedness needs to be emphasized rather than what we put into our mouths.

We need to cool down, take a breath, and think about what is going on. We need to get a hold of ourselves.