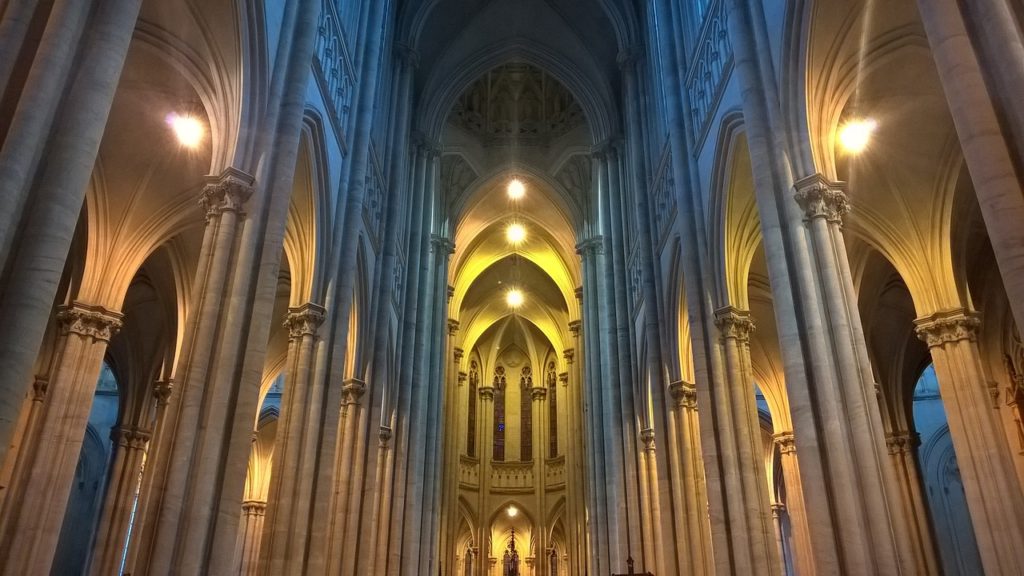 I’m going to share some more of my private life with you – my relationship with organized religion. At the outset, I want to emphasize that I am not against the beautiful and meaningful tenets of any religion. These provide comfort and a moral path. I am confounded with organized religion when the tenets of religion become secondary to the politics and bureaucracy of a specific religious organization.

When I described My Spirituality in a previous post, I wrote that I do not affiliate with any organized religious group. Let me explain my reasons. I’ll open up my “dirty laundry” and explain my experiences.

I was raised in the Jewish faith. I went to Hebrew school, was bar mitzvahed, and was married in a synagogue. My wife and I also raised our children according to Jewish practices. When my young family moved to a new city, we joined another synagogue. But as a married and successful adult, this synagogue became more interested in making sure I “paid my fair share” than offering spiritual comfort. If I didn’t donate enough money when requested, I was shunned by those controlling the financial aspects of the synagogue. People got ahead in this specific synagogue only because they made larger and larger donations year after year.

My family were members of the same synagogue for about 30 years. Here are a few real stories about me. Today, they are funny. When they were happening, they weren’t funny.

When I was active at my synagogue, my wife and I donated $10,000 to sponsor a “Sanctuary Door” for our new synagogue. Shortly after that donation, I was solicited by a fellow congregant and was told that I needed to donate more money. When I said I could not, this “officer of the synagogue” told me that it was my duty to donate what the synagogue considered reasonable.

Another situation was when my kids were enrolled at the local Hebrew school. My wife and I paid the substantial tuition year after year. After a while, I was asked to donate more money beyond the tuition. I explained that I couldn’t. Then a board member of the school sarcastically told me that he was “OK” with personally subsidizing my kids at the school since I would not donate more money, I immediately pulled my kids out of the school.

Here is another sad situation, which followed a serious financial crisis in my life. I asked the membership chairman of my synagogue to defer my dues temporarily because I could not afford them. His insensitive response to me was, “What do you want me to do about it?” Because of his chilling and demeaning attitude, I told him that I did not want him to do anything for me, and that my wife and family would be alright. When I told him that I would resign from the synagogue as a result of my situation, he didn’t offer any help. So, my family resigned from the synagogue where we were members for the previous 30 years.

And there were other interesting events that occurred at my synagogue. For example, over the years, the rabbis of my synagogue came and went. One recent rabbi was arrested for soliciting sex with a prostitute and using illicit drugs while still the rabbi of my synagogue. He had a wife and two children. And he represented my faith?

So, my personal experiences led me to no longer support “this house of worship”. For me, organized religion has proven to be a material and power-hungry institution and not a spiritual place to be.

After I was diagnosed with bone marrow cancer in September 2018, I thought it might be good to contact the current rabbi of the synagogue, which I was part of 15 years earlier. So, I contacted him after my diagnosis to ask him his thoughts about death. At that time, my prognosis was 3-6 months to live. A few days before he and I were going to meet at the synagogue, I had to cancel because I needed to see my oncologist for an unscheduled appointment.

I reached out to you on 9/18/18. Days after that email, I learned my final diagnosis was IgA Kappa Light Chain Multiple Myeloma, an incurable and aggressive form of bone marrow cancer. My oncologist gave me only 3-6 months to live. My entire world was shattered! At 71 years old, I had been amazingly healthy for the most recent 6 years of my life. Now I was faced with my mortality.

On October 2, 2018, I emailed you that I couldn’t meet with you because I had an unscheduled need to see my oncologist. I never heard back from you until yesterday – 5 months later. And only because an officer of the congregation, who is a good friend of mine, told you to call me.

I felt abandoned. I couldn’t understand why the rabbi from the synagogue where my family had been active congregants and financial backers for three decades did not take the initiative to find out if I was alive or dead. As I said, I was given only 3-6 months to live in September 2018.

I was searching for your spiritual insights as a rabbi about dying. Everything was happening so fast. But fortunately for me, I rejected all chemical interventions, which were recommended by my oncologist. I am pursuing a unique and impressive alternative protocol to deal with my incurable cancer. My oncologist is on the same page I am on. And obviously, I am still alive.

I have no idea how long I will have to live, but my quality of life is critical for me. Longevity has no meaning to me.

I am not a religious person, but I am a devoutly spiritual person. I reached out to you for that reason – to help me with spiritual answers. You did not deliver. Your inaction has convinced me that I made the correct decision when I resigned from the synagogue about fifteen years ago.

He finally got back to me after this email, and we met in early March 2019. Our talk was friendly and informative.

I’ve never heard from him since then.

I think my conclusion is clear!