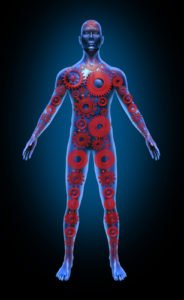 Ryan came to my office the other day and told me he wanted to get healthy. He had gum disease and various medical issues including high blood pressure, excessive weight, and cholesterol levels that were high. His problems were similar to those of Jason, who I discussed last week. Ryan said he wanted to get healthy, but there were other things going on that would make getting healthy difficult if not impossible.

Ryan was smoking a pack of cigarettes a day and was drinking a six-pack of beer at least twice a week. Eating healthy food could not offset the damage that these toxic substances were causing his body.

Likewise, Ryan’s body is on fire with poor food and poor lifestyle choices stoking the flames. The body cannot heal if toxic substances are constantly being poured into it. The toxic substances must be stopped and removed.

I discussed my concerns with Ryan and explained the spiraling downward path his body was on. The toxic elements he was putting into his body were highly destructive. Ryan considered reducing his smoking and drinking, but I told him a reduction would not work. Ryan needed to completely eliminate the tobacco and alcohol that were abusing his body. Although repair would take many months, Ryan needed to stop his smoking and drinking immediately and totally if he really wanted to begin a path to healing.

Here are my initial efforts to help Ryan move forward. I would…

Ryan told me his goal was to get healthy. To begin a healing process, Ryan needs to become proactive with his lifestyle changes. It could take several years for Ryan’s goal to be realized. However, today could be the first day of his healthy recovery.

“Why Do I Have Tooth-Root Sensitivity?” 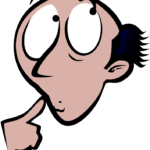