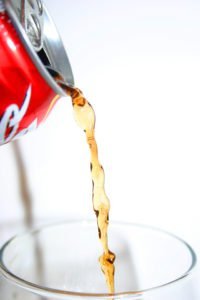 Sodas are one of those “foods” that almost everyone consumes – either sugar-loaded or sugar-free. Sugar-laden sodas are the major source of sugar in children and are correlated with increased obesity in our kids. Soda has been linked to increased cellular aging. In addition, some of the chemicals in sodas can be linked to many chronic diseases like type II diabetes, cancer, osteoporosis, cardiovascular disease, asthma, tooth decay, and gum disease. Soda is junk for the body and junk for the teeth.

In 2013, the average American drank about eight 12-ounce cans of soda a week. In 2015, 20 percent of high school students drank soda one or more times per day; 13 percent of students drank two or more; and 7 percent drank three or more. Here is a 2017 fact sheet published by the Center for Science in the Public Interest.

When forward thinkers tried to remove or limit sodas from schools, they were scorned. Years of effort to remove sodas from schools have produced some improvement. However, today’s statistics for schools providing sodas are appalling if you believe that soda is a daily-consumed source of junk for the body and junk for the teeth. The Washington Post summarized today’s predicament.

Sodas are carbonated drinks, which include colas, non-colas, and sports drinks. If you took the time to read the Ingredients List on the bottle or can of your next soda drink, here is what you might find. Remember, if you are drinking sodas, you are putting artificial stuff into your body every time you drink. Also remember, your body is the only machine you have to navigate you through life. It needs to be maintained in tiptop shape for decades to come.

The liver metabolizes fructose rapidly and makes it into triglycerides. HFCS can increase fat stored in the liver as well as increase the risk of cardiovascular disease, obesity, gout, diabetes, and other systemic complications. Clearly, sugars have been implicated as the main cause for tooth decay.

If your choice of soda is “sugar free”, then aspartame might be included to make the drink taste sweet. Aspartame is an artificial sweetener in diet sodas. It is about 180 times sweeter than sugar, but with no calories. Once ingested, aspartame can break down into some dangerous chemicals in the body including methanol, which can produce formaldehyde and formic acid. These chemicals could be toxic to the body if they were consumed in large quantities and if they were not further metabolized or eliminated naturally.

Sucralose is another artificial sweetener that could make sugar-free drinks taste sweet. There is research that suggests consuming sucralose could harm beneficial bacteria in the gut.

Caffeine, a stimulant, is one of the major ingredients in sodas. It is not an artificial ingredient, but could pose some problems for some people. Those who consume caffeine in the afternoon could have difficulty with sleep or could feel jittery from the compounded effects of caffeine throughout the day.

Caramel coloring has been added to many sodas. It is an artificial ingredient that may have carcinogenic effects.

In addition, phosphoric acid as well as citric acid will increase acidity in the mouth to a level that can demineralize the hard surfaces of the teeth.

Soda is not a healthy drink. Water (preferably filtered, non-fluoride water) is the healthy drink to quench thirst. If you desire “flavoring”, squeeze a little fresh lemon or lime into the glass of water. 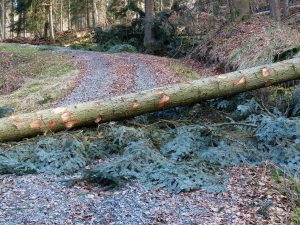 My Cancer Journey
– Another Bump in the Road – 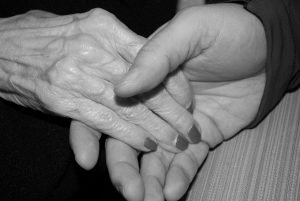 The Bug is Attacking