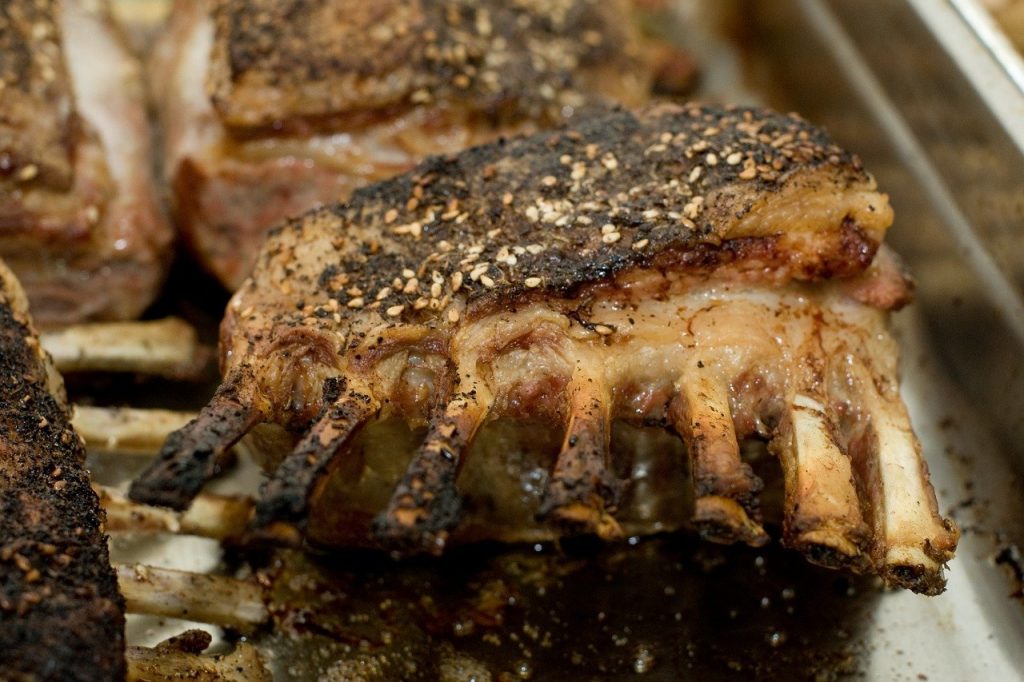 On 1/1/20, I began incorporating an animal-based diet (i.e., Carnivore Diet) into my Unconventional Cancer Protocols. It was a major change for my Protocols, which I began after my incurable bone marrow cancer diagnosis in 2018. And this significant tweak made a measurable transformation in my overall health and healing.

While almost all other cancer patients were trying to fight their malignancy and heal their body by eating a plant-based diet, I went in a totally opposite direction.

The case for consuming the entire animal from nose-to-tail was explicit in the treatment of cancer patients at the Paleomedicina Clinic in Budapest, Hungary. After researching the Clinic’s case reports and educating myself about the benefits of animal-based foods, I fine-tuned the Clinic’s diet with the Carnivore Diet to form my Better Belly Blueprint way of eating, which I follow today.

Recently, I came across Brian Sanders and his work on nose-to-tail eating. He is embarking on a journey to produce a movie about animal-based diets involving many aspects of animal husbandry, nutrition, and the environment. He breaks down the case for meat into 6 identifiable fundamentals:

A Gift to the World

Brian’s contribution is a gift to the world population! He’s a filmmaker who is creating a Movie titled, Food Lies.

Brian builds on the concept that humans, plants, animals, soil, and microbes have been intimately interconnected for the last 2.5 million years. His 6 areas of concern are brilliantly described and proven.

Brian describes the evolution of our human species. Scientists have proven that our species has been mainly animal eaters from nose-to-tail with the inclusion of a few plants.

In essence, animals were our ancestors’ mainstay and plants were their “fall back” food when animals were not readily available.

Food Lies explains how bad science evolved in the 1950s. In the 50s, scientists published medical papers and accepted misleading research data, which incorrectly and possibly purposely blamed red meat and animal fats for poor health. And this bad science led to a change in the health of the food we consumed. Processed foods with high carbohydrates, added sugars, and seed and vegetable oils became the staples of our diet. The research was promoted by the government and the food industry. With the decline in animal-based foods and their replacement with these innutritious foods, obesity and chronic diseases began to explode among the population.

While plants appeared to provide a slew of vitamins, minerals, and many other healthy nutrients, they also consisted of anti-nutrients which could attach to these important nutrients and prevent them from being absorbed by the body. In addition, these anti-nutrients damaged the important garden of bacteria in the gut, the mucous lining of the gut, and the epithelial barrier that separates the gut from the rest of the body. In contrast, eating animals from nose-to-tail provided practically all the nutrients which humans required in a bioavailable form with zero anti-nutrients.

Finally, new science is now beginning to emerge. Researchers began to prove that low carbohydrate foods and nose-to-tail animal foods, which were raised in a humane and non-chemical manner, are healthy. These foods allow people to lose weight, live longer, control their glucose levels, increase HDL, and decrease triglycerides. We’re witnessing a rebirth of our evolutionary blueprint.

Brian continues to explain that animal farming is good for the soil, produces fertile areas to raise more crops, and improves the CO2 footprint. The methane gas produced by cattle recycles from the cattle, into the air, then into the grass, and again back to the cattle. Methane gas recycles and only stays in the air for about 9 years. On the other hand, burning fossil fuels produces 80% of the emissions that damage the environment and affect climate change. Their CO2 gases stay in the air for 300 to 1,000 years and don’t recycle like methane gas. Fossil fuels are the “800-pound gorilla in the room”. Fossil fuels and the industry that supports and benefits from fossil fuels are what needs to be curtailed. Curtailing animals from grazing on land is counterproductive and reduces the abundant nutrient source, which consuming animals from nose-to-tail provides!

What’s the alternative to meat? There really isn’t a good one.

Monocropping is not healthy for the soil.

If plants are assumed to be the answer, then chemicals must be added to the soil. Fossil fuels, which release greenhouse gases that linger in the atmosphere for up to a thousand years, must be used to produce these chemicals. And once the plants are harvested, their nutrients are not completely available for humans to absorb. Many of the plants’ nutrients are bound up by “anti-nutrients” within the plants that make these nutrients significantly less bioavailable.

Also, preparing the land for monocropping kills animals and destroys ecosystems. Monocropping of corn, wheat, and soy could ruin our soil and be the population’s downfall.

On the other hand, animals give back to the soil. Animals raised for consumption can be grazed in rotation allowing other plants to be grown in the fertile soil created from the animals defecating and urinating.

And animals can be raised lovingly and can be provided a happy life until humanely killed. If these animals were in the wild, they would eventually starve to death or be eaten live by their predators.

Interestingly, over 400 commercial products purchased and used by our society are derived from cattle and hogs. Here’s a short list to consider:

Food Lies is still in production. In my opinion, it is destined to be a well-made, informative, and a must-watch documentary for the times in which we live. Contrary to popular beliefs, animal farming can help feed the world and provide fertile soil to grow crops.

We have enough land to feed the masses. We only have a mismanagement system.

To see what the movie is all about before it is released, watch the 15-minute video summary below. Brian Sanders discusses all the pertinent facts.