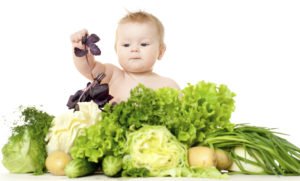 But before you think I’ve gone bonkers, give me a moment to explain. Bacteria, when the good guys and the bad guys are in balance, serve many necessary purposes in your mouth. Healthy gums are dependent on healthy bacteria. One benefit is to allow a specific pathway of digestion to occur that is critical for health.

Nitrate is naturally abundant in certain vegetables. It is converted into nitrite and then into nitric oxide and other nitrogen products during digestion. One end product, which is nitric oxide, has major benefits throughout our body. Nitric oxide reduces blood pressure, reduces the risk of cardiovascular disease, improves athletic performance, and improves gum health to name a few. Your mouth bacteria play an important role in the path of creating nitric oxide.

The pathway is somewhat technical, but it is good stuff. If you’re not interested in the details, then skip to the next section.

The pathway goes like this: The foods that are high in natural nitrate are chewed up in our mouths and swallowed. Nitrate is absorbed in our stomach and upper small intestine. A large percentage of the absorbed nitrate gets concentrated into our saliva. Once nitrate is in our saliva, the naturally occurring anaerobic bacteria on our tongues convert this “nitrate” into “nitrite”. Then we swallow.

In the mouth, nitric oxide has significant effects. Nitric oxide gets into the gum tissues and is strongly anti-inflammatory. It also has antimicrobial effects on pathogens. In this clinical study, nitric oxide derived from salivary nitrate helped reduce gingivitis. This study was a randomized, double-blinded clinical trial that was published in the Journal of Clinical Periodontology in 2016.

If you killed the bacteria in your mouth and on your tongue with antiseptic mouthwash, salivary nitrate wouldn’t be converted into nitrite. With less nitrite in your system, you would produce less beneficial nitric oxide.

So, if nitrate is healthy, then what foods are the best sources? Here are some vegetables with the highest concentrations of naturally occurring nitrate. These vegetables are part of a nutrient-dense diet I recommend:

One caveat: The artificial nitrate and nitrite that are added to processed meats and other foods are not healthy and should be avoided. Their chemistry is different from that of naturally occurring nitrate.

When I was a kid going to the dentist, my dentist always told me I had to brush harder. What did that mean? When my family moved to another city, my new dentist told me totally different things about brushing my teeth. Wasn’t there a right way, and wasn’t there a wrong way? Then, when I went to dental school, each faculty member had his special technique that contradicted his peers. How confusing!

The Purpose of Cleaning Your Teeth & How To Do It Right

Everybody knows that bacteria accumulate at the gum line, and unhealthy levels of bacteria can create chemicals that can cause tooth demineralization, tooth decay, and gum inflammation. There have been numerous commercial toothpastes and cleaning devices developed along with many cleaning techniques to help us remove this junk from around our teeth. Each claims superiority; what is an intelligent person to do?

Removing the amounts of unhealthy bacteria from around the tooth is the goal of flossing and brushing. The goal is not to kill all the bacteria in the mouth since much of the bacteria in the mouth are good bacteria. An effective method is to use (1) something to clean between the teeth and (2) a good toothbrush to clean the other surfaces of the teeth. Also, (3) don’t forget your tongue! Do these methods first thing in the morning and last thing at night.

1. Cleaning Between Your Teeth:

I floss between my teeth using dental floss. Think about sliding up and down a pole. That is how the floss wraps around the tooth and slides up and down to scrape away food particles that could get caught between the contacts of the teeth. Also, I always use a small brush that is designed to clean between teeth like a pipe cleaner (one brand is called TePe EasyPick®, another is GUM Soft Pick®). Imagine the small bristles of this tiny brush scrubbing the overgrown bacterial film away as it is pushed in and out between the teeth at the gum line. These small brushes are the best way to remove unhealthy plaque buildup at the base of the tooth and gum margin.

I like to use an electric toothbrush like the Sonicare® or the Oral B/Braun® because electric brushes are more efficient, and I am lazy. You do not need to use any toothpaste to brush your teeth effectively. Just brush with filtered water. However, if you want toothpaste, dip the bristles in a little coconut oil (I keep some which stays solid at room temperature in a small jar in my bathroom), and then dip these bristles into a little baking soda (I also keep some in a small jar in the bathroom). Then brush your teeth GENTLY, angling the bristles into the space where the gums meet the teeth on both the cheek side and the tongue side of all teeth. Brush horizontally but GENTLY.

I rarely use a mouthwash, because daily use of an antimicrobial mouthwash will kill bad bacteria as well as good bacteria. Killing good bacteria daily will compromise the health in your mouth and the rest of your body. If you want to use a mouthwash occasionally, use some coconut oil and swish it around for a minute or so. Then, spit it out (called Oil Pulling). If you use coconut oil as a mouthwash, be sure to spit it out into a napkin or paper towel and throw it in the trash. If you spit coconut oil into your sink, it could clog up the pipes!

Most of the odor-forming bacteria is located on the top and back areas of your tongue, closest to your throat. An effective way to remove this overgrown bacteria and food remnants causing odor is to use a teaspoon. Place the inverted teaspoon as far back as is comfortable on the upper side of your tongue. Then, gently glide the teaspoon forward, removing the bacterial film and microscopic food particles. Repeat this 2-3 times, and then wash off the teaspoon. Perform this tongue-cleaning method in the morning and then in the evening before bed.

That’s it – great way to remove unhealthy plaque and other harmful microbes from your mouth.