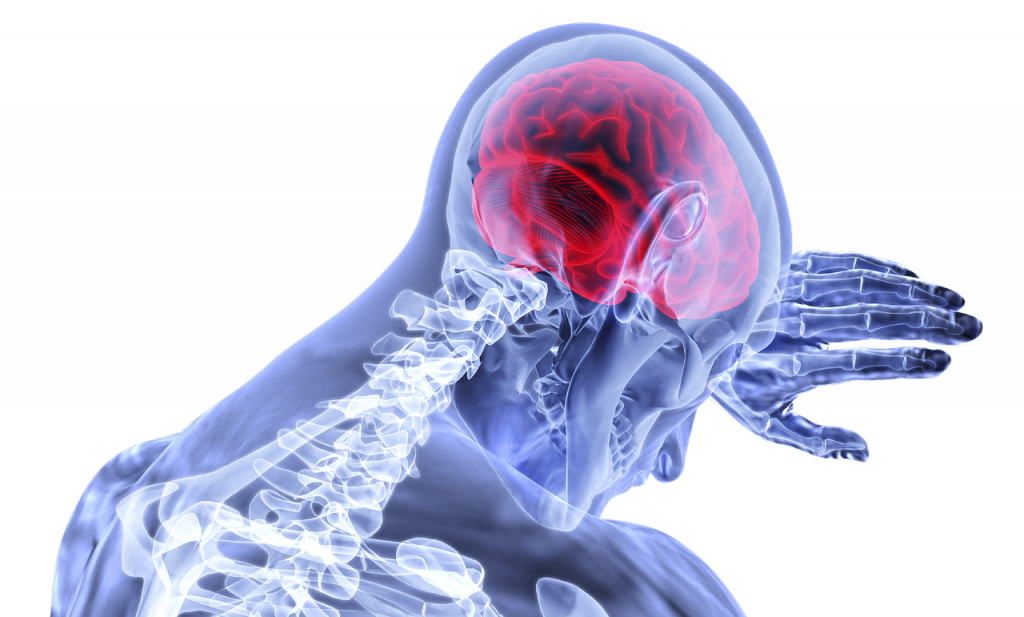 I heard a story the other day that brought tears to my eyes.

A young woman was given the prognosis of less than a year to live. And she was only 36 years old. Marsha had three little children and an endearing husband.

About 7 years ago, Marsha and Brian were married. They seemed to have a charmed life. He was a professor at a local college, and she was an artist with many masterpieces to her credit. They started a family and wound up with two beautiful girls and one mischievous little baby boy.

As fate would have it, Marsha began to have headaches. They were not usual for her, but she assumed they were the result of the stress of raising an active family and the strain of deadlines she put on herself for her paintings. Yet they became more frequent and intense.

Advil and Tylenol were not helping with the pain.

Once the headaches started to affect her ability to paint, she took them more seriously. Marsha made an appointment with her medical doctor.

Tests were run, specialists were consulted, and then more tests were run. Marsha was diagnosed with glioblastoma multiforme.

This type of brain cancer is vicious and indiscriminate. It grows and spreads rapidly. Usually, it is confined to the brain and does not spread to other parts of the body. It feeds on the vast supply of blood vessels in the brain. Some of the symptoms include headache, nausea, drowsiness, blurred vision, personality changes, and seizures. Conventional treatments today include radiation, chemotherapy, and surgery.

Marsha and Brian were stopped in their tracks. It was as though a ton of bricks fell on their heads. They had to make decisions very quickly. Her oncologist recommended all three conventional therapies to be started ASAP. Marsh’s doctor did not suggest any other form of treatment. And Marsha and Brian did not know the other questions to ask.

Marsha scheduled to begin the treatment plan the next day.

The life expectancy for patients with glioblastoma is about a year. However, this monstrous and unforgiving cancer progressed rapidly for Marsha. She died only 4 months after her diagnosis and the start of her treatment.

Then I read about a patient who was treated at the Paleomedicina Clinic in Budapest, Hungary. The Clinic’s doctors treat serious chronic diseases and cancers. They publish some of their case reports. Here is a summary of this patient’s Case Report from 2019.

A male patient (whom I will call Dave) was 52-years old. He was diagnosed with glioblastoma multiforme, and his conventional oncologist treated him with surgery, radiation, and chemotherapy. He went into remission for 7 months, only to have the disease reappear with a vengeance.

Although similar treatment was recommended again, Dave refused additional conventional therapy and went to the Paleomedicina Clinic to discuss his options. He wanted a more holistic and less invasive way around his malignancy if that were possible.

The doctors performed various tests and made their recommendations. Dave opted to incorporate the Paleolithic Ketogenic Diet (PKD) as a stand-alone therapy.

Following the implementation of the PKD in September 2016, the progression of the disease completely halted. The Clinic published Dave’s Case Report after the 38th month of treatment. The brain cancer had not progressed for over three years. And during that time, Dave was free of symptoms. He was not in remission, but he had no side-effects from the glioblastoma and enjoyed an excellent quality of life without the use of drugs or supplements.

The Paleolithic Ketogenic Diet is an animal-based diet. For Dave, the doctors put him on the strict version – no plant foods, no dairy, no supplements, and no pharmaceutical drugs. He ate when he was hungry and drank when he was thirsty. Dave’s food consisted of all animal parts from nose to tail. These included cattle and pork muscle meats, saturated fats, organs, and connective tissue and collagenous parts. The proportion of fat-to-protein was a ratio of approximately 2 grams of fat to 1 gram of protein.

This way of eating put Dave into physiologic ketosis where his body primarily was burning fat for fuel, and his liver was producing ketones. In addition, necessary glucose could be formed from the glycerol molecule that is released after lipolysis breaks down triglyceride into 3 fatty acids and 1 glycerol.

Although ketosis is an important component for healing from this animal-based diet, the medical staff claims the crucial factor is a healthy gut. Success is dependent on returning the gut microbiome to a healthy balance and reestablishing an intact gut epithelial barrier. In other words, Dave’s goals were to have no gut dysbiosis and no leaky gut.

In addition to Dave’s case report, the Paleomedicina Clinic also has documented various successes for severe chronic diseases among its 5,000-plus patient population over the last 10 years using the PKD exclusively. Their published case reports include:

Is PKD the Answer?

Could this strict way of eating be the answer for severe chronic diseases and cancers? Based on the clinical outcomes of patients adhering to the PKD, this diet might offer hope. If this diet did not resolve the disease, it reduced the severity significantly.

I emphasize the elements of the PKD in my Better Belly Blueprint.

There is no way to know if an animal-based diet could have prevented Marsha’s brain cancer from progressing. In addition, there are many other alternative protocols that claim varying degrees of success for various types of cancer.

But the science that the Paleomedicina Clinic puts forth and the compelling results they report were the primary reasons that I incorporated this way of eating into my Unconventional Cancer Protocols as of 1/1/20. (As you probably know, I was diagnosed with incurable bone marrow cancer in 2018 and was given 3-6 months to live if I didn’t start chemotherapy right away. I rejected chemotherapy and began my Protocols.)

I am not in remission, but I am thriving today!