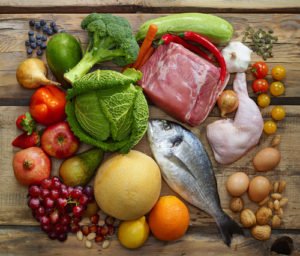 Naysayers need to read the science.

My goal is to educate patients, medical and dental professionals, and anyone else who is interested in the facts. Prevention of gingivitis isn’t as simple as flossing and brushing. Gum health is based on nutrition of the entire body, starting with every cell. Good nutrition and bad nutrition are not only correlated with the health of gum tissues; they are a direct cause.

Difference between Correlation and Causation

Causation, on the other hand, signifies that researchers have found a specific change in one variable that directly caused a change in the other variable – end of story.

An example: Jumping off a cliff will cause physical harm.

In order for researchers to prove causation in a study, scientists need to split the participants in the project into different groups. Investigators would assign one random group the behavior they wanted to study and would maintain a control group that was exactly like the other group but not required to participate in the behavior to be studied. This is known as a randomized controlled trial (RCT).

The experimental group had to change their diet. Their new diet consisted of foods low in carbohydrates, rich in omega-3 fatty acids, and abundant in vitamins C and D, antioxidants and fiber. The control group did not change their eating habits.

As far as oral hygiene was concerned, researchers instructed all fifteen participants not to clean between their teeth with dental floss or interdental brushes. However, the subjects did not have to change the way they brushed their teeth.

The study began after each group had two weeks to acclimate to these changes I mentioned above. Then, the four-week study began.

Investigators recorded the signs of gum disease (bleeding-on-probing, pocket depths, degree of gingival inflammation) in all participants at the start of the four-week study and at the end.

Dr. Jockel-Schneider’s researchers enrolled 44 patients with chronic gum disease. Patients were divided into two groups. At the start of the study, doctors recorded the health of the gum tissues. Also, the researchers measured the level of nitrates in the saliva of all 44 participants. One group, the experimental group, drank a glass of lettuce juice daily for two weeks. The other group, the control group, drank a similar liquid that did not contain any natural nitrates.

At the end of two weeks, the group that drank the lettuce juice, which was high in natural nitrates, had significantly healthier gum tissues and significantly higher levels of nitrate in their saliva compared to the control group.

There will be those who claim that these studies don’t prove a thing. Some will demand more studies with more subjects to prove that nutrient-dense foods cause healthy gum tissues and that innutritious foods cause unhealthy gum tissues. For me, these two papers prove the science that has been reported in the past. Previous papers have demonstrated that our primal ancestors rarely had gum disease based on skeletal remains. And, researchers have reported that primal societies living in remote areas of the world today rarely have gum disease. Our primal ancestors didn’t have toothbrushes or dental floss. Today, primitive societies don’t have toothbrushes or dental floss. They all basically consumed (and are currently consuming) nutrient-dense foods.