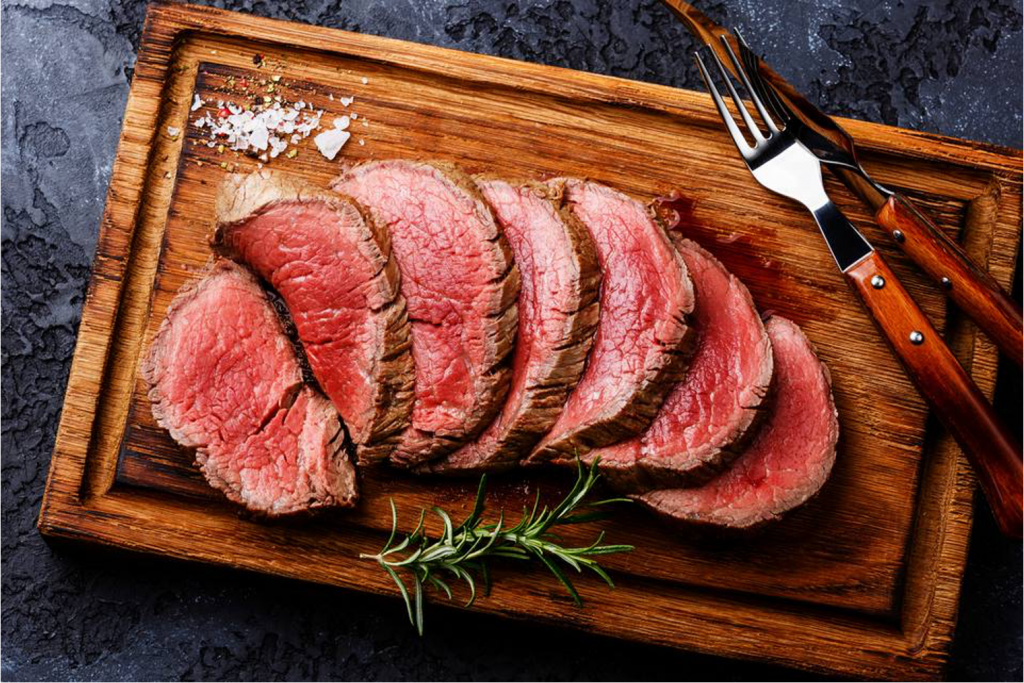 Red meats (like beef and lamb) are finally getting the respect they deserve. The peer-reviewed medical research is clearly showing that red meat eaten from nose-to-tail does not cause cancer, does not damage the gut, and does not endanger a person’s overall health. On the contrary, eating ruminant animals like cattle and sheep from “nose-to-tail” is glorious, assisting in the support of a robust immune system.

Later in this blog, I’ll explain some current research and how I have used this in my cancer protocols as well as with my coaching clients from around the world.

But first, I want to share my dining experience in one of the most incredible restaurants where I’ve eaten. The restaurant was in my hometown.

I live in the beautiful city of Charleston, SC. For 30 years, Robert’s of Charleston was ranked as a unique, world-renowned restaurant. Robert Dickson and his wife Pam started the restaurant in July 1976. The restaurant had 28 seats in its early years and offered a six-course, fixed-price menu. Robert increased the size of the restaurant over time but continued offering his exclusive and amazing menu.

My wife and I had the pleasure to dine there many times. Robert was the owner, the chef, an opera singer, and the star of the evening. He prepared his exceptional meal for his patrons with only one seating almost every night. He started the meal with an amazing hors d’oeuvre, followed by an appetizer soup, salad, a sorbet as a palate cleanser, the main course, and a delectable dessert. The meal included appropriately paired wines and ended with a perfectly brewed cup of coffee for a memorable and entertaining evening.

The ultimate moment of the dining experience was when Robert brought out the main dish. It was a perfectly cooked, medium-rare chateaubriand. He promenaded around the dining room tables displaying the tenderloin for all diners to see while singing, “Food, Glorious Food”. (Food Glorious Food was written by Lionel Bart and was the opening song in the 1960s West End and in the Broadway musical Oliver!) Then, Robert carved and plated the glorious piece of meat which was served to each of the dinner patrons.

The dining experience along with Robert Dickson’s musical repertoire were extraordinary, and people would visit his restaurant from all over the world.

Today, I would substitute the words “meat, glorious meat” for the lyrics “food, glorious food” because the chateaubriand was not only delicious but also was loaded with many of the essential nutrients our body requires.

Red meat is healthy! It’s always been the choice of our species over the course of time. Meat, animal fat, and all the organs have been staples for the human body throughout evolution. Clearly, the research published by Dr. Miki Ben-Dor has delineated the facts about an animal-based way of eating.

As a therapeutic, real-life protocol, the International Center for Medical Nutritional Intervention has been treating severe chronic diseases and cancers for more than 6,000 patients over the course of 12 years using a strict diet called the Paleolithic Ketogenic Diet (PKD).

Below, I cite 8 individual studies that clearly report the importance of incorporating red meat into everyone’s lifetime way of eating …

Ruminant meats are a rich source of vitamin B12, which is vital for the proper functioning of nearly every pathway in your body. A deficiency in B12 can play a role in everything from aging to neurological disorders, mental illness, cancer, cardiovascular disease, and infertility. Red meat also contains highly bioavailable levels of the other B vitamins, which include thiamine (vitamin B1), riboflavin (vitamin B2), niacin (vitamin B3), pantothenic acid (vitamin B5), pyridoxal (vitamin B6), and folate (vitamin B9). In the 2022 paper titled, Priority Micronutrient Density in Foods, the authors described that red meats (including muscle meats and organs) comprise 6 of the 10 most nutrient-dense foods on the planet.

It is interesting to note that red meat uniquely contains Vitamin D in a bioavailable and useful form for the human body. That’s because red meat contains a vitamin D metabolite called 25-hydroxycholecalciferol, which is absorbed much more quickly and easily than other dietary forms of vitamin D.

Another benefit of red meat is that it contains primarily heme iron, which is far more bioavailable than the iron found in plant foods.

And red meat is an important source of zinc as well as copper in their proper bioavailable ratios. A small amount of red meat in the diet can increase zinc utilization from all sources. Zinc is an essential mineral that is an imperative part of many physiological functions, including structure of certain proteins and enzymes and regulations of gene expression. Those eating meat-free diets are at a greater risk of zinc deficiency.

There is still more to the impressive nutrient profile of red meat. It contains significant levels of other minerals like magnesium, cobalt, phosphorus, chromium, nickel, and selenium.

But red meat really shines in its fatty acid profile. The fat of grass-eating ruminants (like cows and sheep) comprises approximately equal parts of saturated and monounsaturated fat, with only a small amount of polyunsaturated fat. The unique ruminant digestive system ensures that these proportions stay relatively constant regardless of what the animal eats. In addition, grass-fed meat and dairy products are excellent dietary sources of conjugated linoleic acid (CLA), which is beneficial for immune system function, cardiovascular health, and anti-cancer functions.

I eat beef or lamb at least 5 days a week. In addition, I consume organs primarily in desiccated form daily.

My personal experimentation and deep dive into the research of an animal-based way of eating has convinced me that this is the diet appropriate for humans to eat. I devoted my book, Eat As If Your Life Depends On It, to this lifestyle. In my book, I explained how I connected all the dots and facts to enhance the immune system and assist in overall metabolic health.

I am here to help you make some choices in your eating habits. Check out the details for my 12-Week Balanced Metabolic Coaching Program. 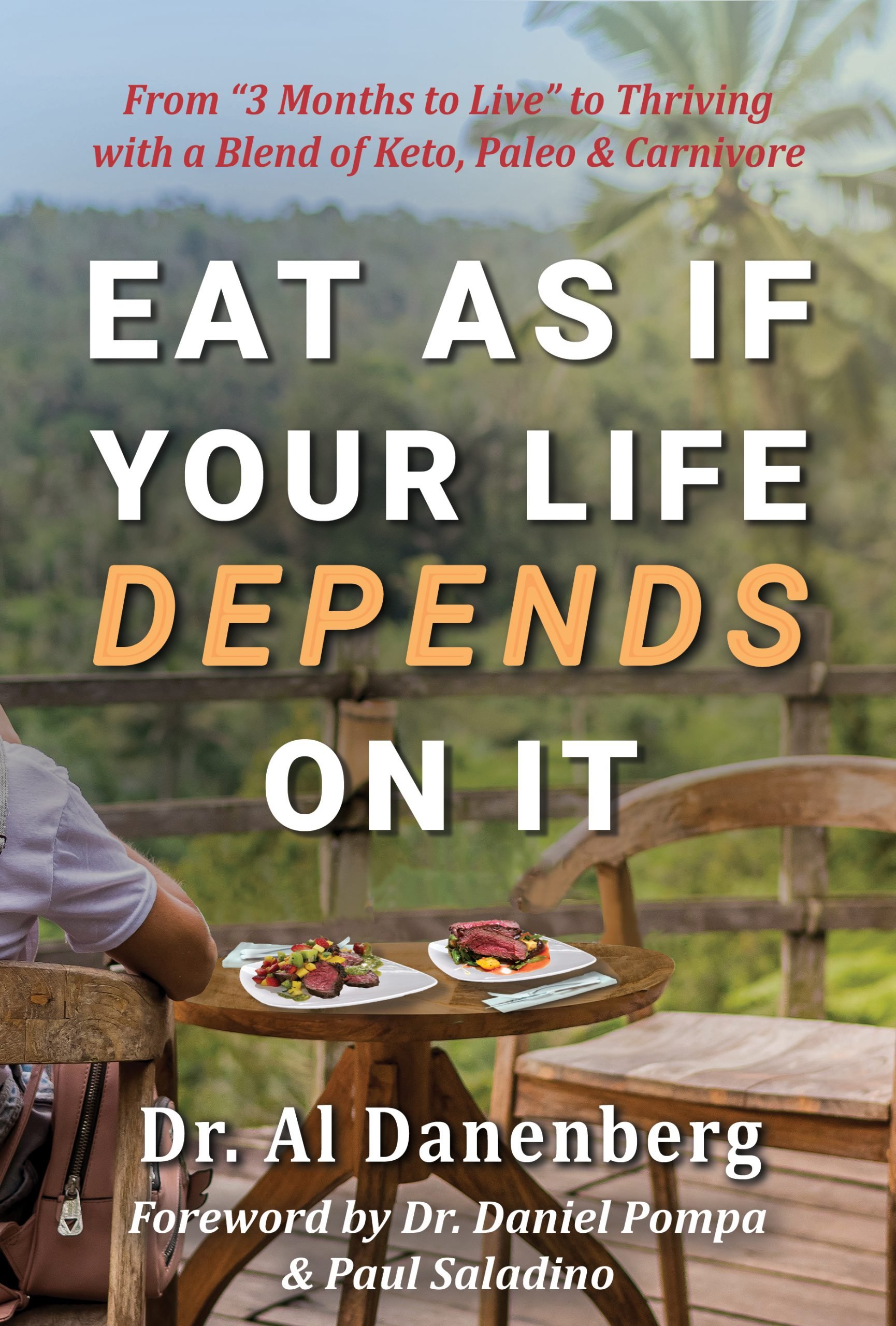