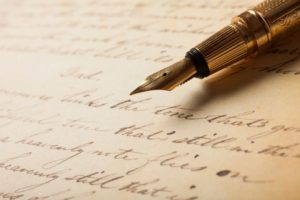 Have you ever read or heard of the poem by Robert Browning called Rabbi Ben Ezra? Mr. Browning wrote the poem in 1864. His poem has nothing to do with the mouth or nutrition; it has everything to do with life.

Years ago I remember hearing the first two lines of the first stanza of Rabbi Ben Ezra, which you also might be familiar with. But, I never thought too much about them then. Recently, a friend sent me the entire poem to read and digest. Here is the first stanza of this extremely long poem (32 stanzas in length!):

Grow old along with me!

The best is yet to be,

The last of life, for which the first was made:

Our times are in His hand

Who saith “A whole I planned,

Youth shows but half; trust God: see all, nor be afraid!”

I read the entire 32 stanzas of the poem with great thought. I reread it many times, but I found it difficult to comprehend. Then, I discovered two scholarly analyses of this brilliant work on the Internet. These interpretations and clarifications helped me understand its deeper meaning.

Robert Browning wrote his poem as if spoken through the voice of Rabbi Abraham ben Meir Ibn Ezra, who was an actual 12th Century poet, scholar and mathematician. In his poem, Browning describes the human experience. He poetically describes the first half of life as impetuous, youthful years and the last half of life as insightful, elder years. The youthful years only prepare one for the last half of life. As we grow older, life begins to bring more meaning. Eventually, the poem suggests that life, as we experience it in this world, is only the preparation for the afterlife, where the soul continues to grow based on God’s plan – the overall plan of the universe.

This poem is complex, and the writing is frequently obscure. The scholars I researched complained that Robert Browning’s writings were often hard to understand. Although difficult to decipher, Rabbi Ben Ezra is intriguing. As with most esoteric writings, deeper meaning is revealed slowly – layer by layer.