Several weeks ago, I read that a well-known author in the Paleo community and a well-known author in the Vegan community were posting back and forth like mortal enemies. This tirade was more than harsh disagreements. The words developed into mean and hateful comments. The Vegan blogger went as far as to write that the Paleo blogger should die. This is crazy. This is wrong. What’s going on in our world? We need to get a hold of ourselves!

Several years ago, an author, who stated that milk and animal fat were healthy foods, got into an argument on the Internet with another author, who stated that all milk should be removed from the diet and the only meat to eat was lean meat. The “milk and fat lover” wrote on her blog that the “milk hater” and all those followers will live to regret their decisions. The arguments went on and on. The comments deteriorated further with profanity being used during the written discourse.

Where have we arrived in our civilized society when one group of people wishes another group of people harm because of the way they eat? I thought the whole idea of eating healthier was to improve the quality of our life.

The fact is, the far majority of people in Westernized societies eat a Standard American Diet. This way of eating is unhealthy. There are many definitions of a Standard American Diet, but basically it is made up of a large percentage of refined grains, unhealthy fats, starchy foods, added sugars, excessive salt, unhealthy protein sources, and processed food products. It is deficient in fruits, vegetables, nuts, seeds, and healthy fats. In addition, many of the foods in the Standard American Diet have been contaminated with pesticides, herbicides, hormones, antibiotics, preservatives, emulsifiers, and other chemicals.

Eating a Standard American Diet has led to metabolic syndrome, which leads to many degenerative chronic diseases. Those who try to improve their diet by switching off the Standard American Diet and embracing a healthier way of eating should be commended and not lambasted. There are positives and negatives to almost anything. A person who attempts to improve their nutrition and lifestyle should never be made to feel inferior. That person should be encouraged as he or she evolves into a better way of life.

Recently, I posted a comment on a website that was read by a person who did not agree with my stated position on processed grain products. In my post, I wrote about the medical complications from gluten on the gut lining. I cited several peer-reviewed articles that supported my statements. The response from that reader was fast and furious. The reader clamored that my references to PubMed were “cherry picked” and that the authors of the research I quoted were known to be unhealthy themselves. The back and forth comments from other readers on that site continued to demonstrate visceral opinions on both sides with little interest in a discussion of the facts.

I’m thinking, “Where did those comments come from? Why is there so much hatred? Is there no place for an intelligent conversation anymore?”

Get a Hold of Ourselves

Is this the way those who are trying to eat healthy and live a fulfilling lifestyle should conduct themselves? Is this the way intelligent and educated people should present their points to the general public?

It is human nature to have convictions, and it is human nature to defend one’s beliefs. Fortunately, we live in a country where freedom of speech is allowed and uncensored. However, an element of kindness and open-mindedness needs to be emphasized rather than what we put into our mouths.

We need to cool down, take a breath, and think about what is going on. We need to get a hold of ourselves.

For the first 66 years of my life, I was not a healthy guy. You can read my story here. However, for the last 3 years or so, I have become a new person, and I have incorporated my newfound knowledge and lifestyle in the way I educate my patients. Here are 8 truths I have learned after my Paleo transition. They’re listed in no special order; they’re just my thoughts:

I am still learning. At almost 69 years of age, this is exciting for me. I have transformed my life and my health through the knowledge of evolutionary lifestyle. If only I knew then what I know now!!!

I will leave you with this one question: If you knew a train was coming at you, would you get off the tracks?

Here is how I treat advanced gum disease in my office.

I first address the acute problem if there is one. Other dental procedures that need to be completed are treated. Then I perform specific gum treatment usually using the PerioLase laser with LANAP (Laser Assisted New Attachment Procedure).

Following active gum treatment, I establish a necessary maintenance program based on the needs of each patient.

But, I go a step further. I incorporate my knowledge of primal nutrition and my appreciation for gut health. I provide nutrition and immune support for my patients who are interested in improving their health for the rest of their lives.

The science clearly shows that nutrient-dense foods are medicine. They allow every cell in our body to survive and thrive. The trick is knowing what these foods are and what they are not.

It is important to understand that any nutrient isolated alone in a synthetic supplement form does not produce the health effects, as would a whole food containing that nutrient. Real food contains so much more nutrient-synergism than we understand or comprehend. Our knowledge is not as advanced as we might think it is.

This is a typical meal of the Standard American Diet. 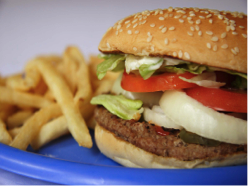 This is the obvious result of years of ingestion of the Standard American Diet.

Cellular damage was actually occurring and beginning to compound decades before clinical signs and symptoms were evident. 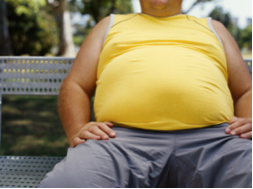 Here is a summary of nutrient-dense foods:

Animal proteins should be pastured and wild caught – not grain fed or farmed. Organ meats are one of the most nutrient-dense foods on the planet – liver, brain, heart, kidney (you may need to acquire a taste for these). Healthy fats are your friends, contrary to popular belief. Saturated fats from grass fed beef or pastured pork are healthy; coconut oil is healthy; avocados are healthy; butter from grass fed cattle is healthy. All non-starchy and deeply colored veggies are healthy. Seaweeds like kelp and wakame are healthy. All dark colored fruits like berries in moderation are healthy. Nuts and seeds, herbs and spices, and fermented foods are healthy. Homemade bone broth is extremely healthy for your gut. And don’t forget clean, filtered water.

A healthy plate of food

In order to get the combination of micronutrients and macronutrients your body requires and craves, you could think about eating in this way: 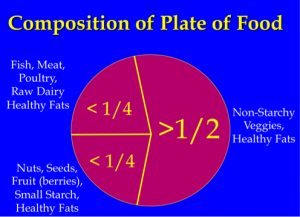 For every meal or snack you eat, visualize it like a plate of food.

Here is what to avoid:

Grains, processed foods (including pasteurized milk products), sugars, industrial oils, and legumes (because of antinutrients and high carbohydrates) should be avoided. Animal products from Concentrated Animal Feeding Operations (CAFOs) should definitely be avoided. CAFOs are cluttered, unhealthy factories where antibiotics, hormones, chemicals, and other toxic substances often are administered to the livestock. Then these meats are processed for sale. 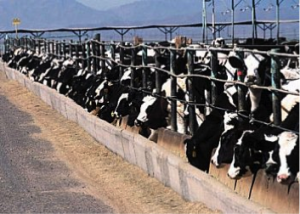 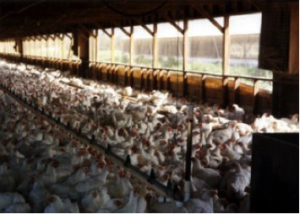 In the next and last installment, I will discuss some natural supplements I suggest to my patients, and then I will wrap up my thoughts with my overall lifestyle philosophy.

Imagine an animal in the wild – a cute, cuddly little thing. And let’s say this animal was living 200,000 years ago. In order for this animal to survive and thrive, it needed to chew its food to get the necessary nutrients into its body. As this animal was growing up, something was happening. Its teeth began to decay, and its gums started to bleed. Soon, this fury guy started to have pain when he chewed his food, and eventually his teeth started to get loose. Then his teeth began to rot and fall out. And this was happening not only to him but also to most of his brothers and sisters and their offspring. What do you think would happen over time to this animal species?

The answer is that this species would eventually die off because it could not survive without its teeth to chew the food to get the nutrients that were critical for life.

As a matter of fact, primal man and woman hardly ever had tooth decay or gum disease during the 2.5 million years of evolution. Our evolutionary ancestors ate a nutrient-dense diet and had healthy gut bacteria that allowed their teeth to stay healthy. Then things changed about 10,000 years ago.

As grains become a staple part of our diets, our overall health declined. Today, the Standard American Diet consists of refined carbohydrates, unhealthy fats, lots of sugar, and a variety of processed foods. However, not everybody eats this way.

There are people living today in isolated parts of the world as hunter-gatherers. They eat the food that their natural environments provide. They never have been exposed to the Standard American Diet, and they do not have tooth decay or various degenerative diseases that plague most of the world’s modern population. Unfortunately, when some of these people leave their native surroundings and start eating unhealthy diets in the “Western” world, their health begins to decline rapidly.

The solutions are learning and believing what nutrient-dense food and healthy gut bacteria are all about as well as yielding to the needs of our individual cells.