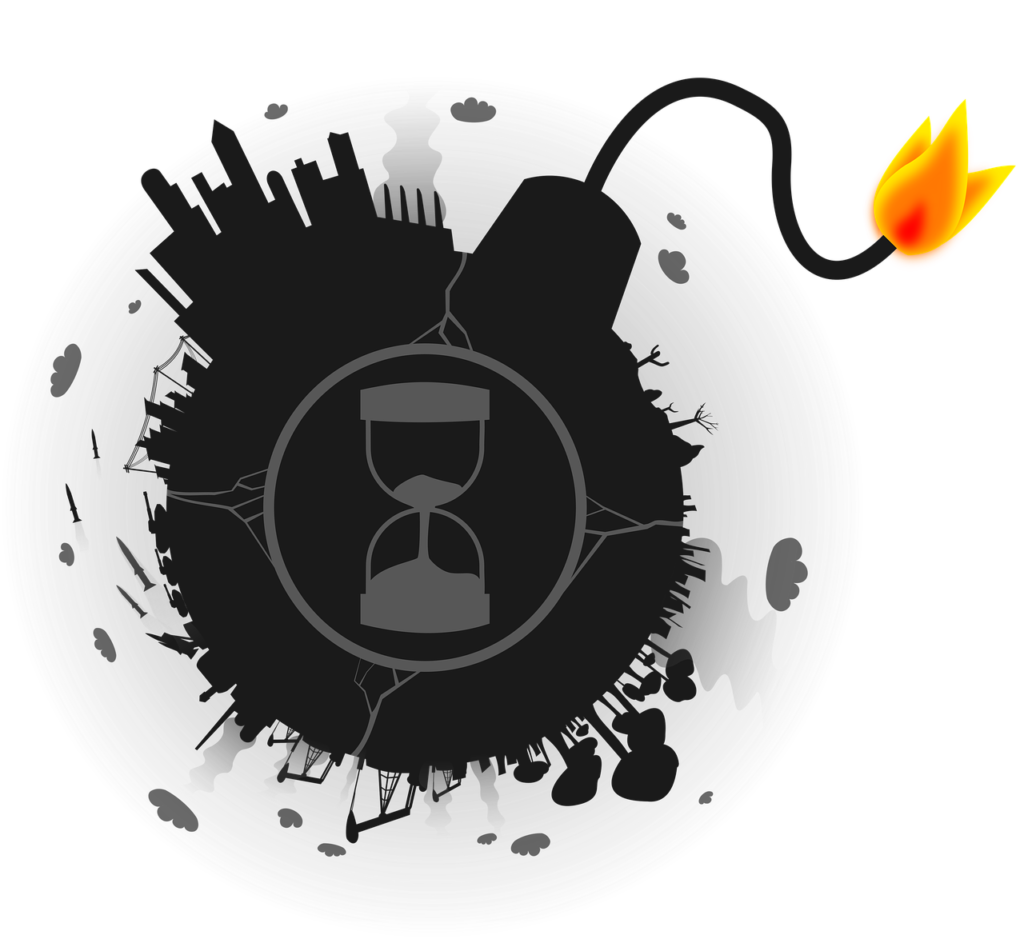 My discussion below will be welcomed by many dentists, especially those whom have been trained in biological or holistic dentistry. They will see this as another educational tool for their patients.

However, some in my profession will scorn my conclusions. Those dentists and dental hygienists refuse to read the science and refuse to investigate the systemic impacts of toxic materials in the mouth on the immune system and on overall chronic diseases. I encourage all who want to review detailed peer-reviewed medical science to search Google Scholar and PubMed for in-depth publications. Then, draw your own informed conclusions.

I’ve investigated several potential explosives, which may exist in your mouth. Here are three:

Toxic substances from these culprits are stressful to the entire body. The major problem with these toxic exposures is that they are not a “one time” thing. Each of them stays in your mouth indefinitely. The constant “irritation” from them maintains a chronic state of inflammation in your immune system. So, your body never can get rid of them, and the stress to your total system may become unbearable.

In addition, chronic inflammation can break down your own tissue proteins. Then, your adaptive immune system could get confused and start attacking your own body’s cells. This can develop into any of a number of autoimmune diseases.

If you had a splinter in your finger, would you just leave it there? Probably not! If you did everything to make your body healthy, but you did not remove that splinter, what do you think would happen?

The splinter (this foreign irritant) would continue to infect your finger. And this infection would affect your immune system, spreading to all parts of your body near and far. But if you removed that splinter, the irritant would be gone, and your body would prepare to heal itself.

However, if you continued to stab that splinter into the original puncture wound, the area would never heal.

So, if these toxic substances exist in your mouth, they could travel many pathways to weaken your immune system and infect the body. Mercury, infection, and inflammation can pass to other body organs by way of nerves. They can leak into the bloodstream through tiny capillaries. And also, they can penetrate the lymph to connect eventually to the circulatory system. All 30 trillion human cells and 38 trillion microbial cells can be affected by these toxic substances.

The proactive course to follow would be to get rid of these irritants completely and forever.

1. Mercury: If you have “amalgam fillings” in your mouth, you have mercury vapor being released 24/7 from that tooth. Mercury is one of the most toxic nonradioactive materials known to man.[1] It has a high affinity towards proteins and amino acids in the tissues of the human body. Experiments have demonstrated that mercury vapor is ten times more toxic than lead. In addition, tissues such as the liver, kidney, brain, and the spinal cord are the primary targets for accumulation of this heavy metal. I’ve written about mercury toxicity in the past (HERE, HERE). Also, HERE are resources from the International Academy of Oral Medicine and Toxicology (IAOMT) on mercury.

2. Failing root canals: If you have root canals in your teeth where abscesses have seeped into the surrounding bone, species of dangerous bacteria could migrate through the bone causing serious complications.[2] Even teeth already treated with root canals may continue to create infection from the root surfaces adjacent to the jawbone.[3] The reason is that there are numerous microscopic “tunnels” within the root of the tooth that could harbor bad bacteria which could not be sterilized with the most perfect root canal procedure. Therefore, a continuing source of infection might be present that would affect the immune system and spread disease.[4] HERE are resources from the International Academy of Biological Dentistry and Medicine (IABDM) on root canals.

3. Infected extraction sites: If you had a tooth extracted without the dentist preparing the tooth socket and your body for proper healing, then microscopic toxic elements might be stuck in the bone where the tooth was. These irritating particles might include bacteria, pieces of tartar, fragments of filling materials, and broken bits of the extracted tooth. Then, the jawbone would heal around these substances. Eventually, this toxic stuff caught up inside the healing bone will cause inflammation and infection to fester. I wrote about these lesions called “cavitations” HERE. In addition, HERE is an article from the International Academy of Oral Medicine and Toxicology (IAOMT) on jawbone cavitations.

All this toxicity plays havoc in your body by affecting the gut microbiome and overstimulating the immune system. I wrote about this interaction in three previous blogs. (HERE, HERE, HERE)

It’s easy to see amalgam fillings in teeth. They are “silvery”, “metallic” or “black” in appearance. So, a biologically trained dentist can remove these fillings correctly and replace them with biologically compatible fillings. Thus, this will remove the source of continuous insult from mercury vapor.

But it is not easy to see inflammation and infection in the jawbone as a result of an infected root canal tooth or a bone lesion (i.e. cavitation), each of which can foment disease.

Up until now, the best way for a dentist to visualize damage in the bone related to a root canal or a cavitation was to use a Cone Beam CT (CBCT) Scan. This is a 3-dimensional x-ray, but it emits ionizing radiation. As a matter of fact, the CBCT delivers a higher dose of radiation to the patient than a typical panoramic radiograph by 5–16 times.[5] But to diagnose active infection and inflammation in the bone, the biological dentist must be well-educated in reading the CBCT Scan. In addition, the dentist must take a thorough medical and dental history. And generally, the dentist may need to perform some type of surgical exploration to determine if there is actual inflammation and infection.

However, there is a new medical device invented by Dr. Johann Lechner in Germany and will be available in the US soon. It is called a CaviTAU. The beauty of this device will be twofold:

(1) It will not produce radiation like dental x-ray machines, and

(2) It will show inflammation that cannot be seen on a CBCT Scan.

Being an ultrasound instrument, there are no negative medical side effects. The CaviTAU not only will confirm areas of bone changes similar to the Cone Beam CT Scan but also will identify areas of inflammation – all in 3-D. Therefore, there may not be a need for surgical exploration to diagnose inflammation and infection.

Here are my basic questions to you:

Certainly, not everybody with amalgams or root canals or extraction sites will develop medical problems. The number may be relatively small. But your body’s overall wellness could be compromised if you have these toxic culprits.

At least, do some investigation to determine if you have dental amalgams, failing root canals, or infected extraction sites. Personally, if I had these risks, I would to be as proactive as I could within reason.

Surprise Response to my Cancer Journey

When the Shit Hits the Fan - My Mortality Revisited -